“Our life revolves around Chernobyl. Where were you when it

happened, how far from the reactor did you live? What did you see? Who died? Who left? Where did they go? I remember in the first months the night life started buzzing again – “you only live once,” “if we’re going to die, let’s do it to music.” The soldiers came and the officers came. But now Chernobyl is with us every day. No matter what happens, everyone says: Chernobyl. pg 116

One of the greatest tragedies in industrialized society occurred in April 26, 1986 in the Ukrainian town of Pripyat, when a power surge in a nuclear reactor at the Chernobyl Nuclear Power Plant caused an explosion in its core. The resulting nuclear fallout contaminated up to three quarters of European soil. Unlike more typical tragedies with immediate and clearly identified victims, this man-made disaster only resulted in 31 directly caused deaths, however the number of victims succumbing to cancers, infertility, economic hardships from forced relocations, and psychological devastation numbers in the thousands.

“It was an accident that produced, in a way, more survivors than victims – and this book is about them.” – preface

Voices of Chernobyl: The Oral History of a Nuclear Disaster is a moving collection of individual stories of the survivors of this horrific incident, an oral history recording the first-hand narratives of the people directly affected by the disaster. These stories were assembled by the Belarusian journalist Svetlana Alexievich, who was awarded the 2015 Nobel Prize in Literature for this work.

The translator in the preface describes much of the content as “obscene” and “macabre” and it is true – this book is not for the faint of heart. Often the vivid descriptions of the medical process of death by radiation poisoning is told in ways that those versed in clinical medicine will find disturbing. But that is exactly why it is so important to read this book. When described in technical terms and historical facts, Chernobyl gets lost in our collective human memories as vestige of the dying Soviet Union, and nothing more than that. But to hear the oral history, from those who lived the event, and continue to live the effects is to not only understand how deeply they suffered, but also to understand how they manage to survive often by using various levels of denial of the effects of radiation poisoning- by valuing things such as returning to their homes, eating the food grown off of their contaminated lands, and the love of their cherished and also contaminated pets.

After a brief foray into the measurable effects of the Chernobyl explosion (the number of villages evacuated, the number of acres contaminated, the number of people displaced from their homes), the author explores the human impact of this monumental disaster, as recounted by the survivors themselves.

First, we hear from Lyudmilla, a newlywed who watched her fireman husband and his crew race toward the reactor, eager to extinguish the flames and ignorant of the invisible killer that had been awakened by the blast. Lyudmilla — the young wife who begged, bribed, and lied to spend the last fourteen days of her beloved’s life by his side, watched his body begin to decay even before the soul left its mortal housing — a widow who paid for that love with the life of her unborn child, a daughter born two months later with such catastrophic damage to her heart and liver from the radiation that she lived for only four hours.

We hear from firemen, soldiers, peasant villagers. Government bureaucrats, scientists, engineers. We listen to mothers mourn sons, sons mourn fathers, fathers speechless with grief at the loss of their sons and daughters. Each of the victims has their own voice, their own personal account of the events that unfolded, their own story of grim survival in the face of nuclear disaster. Each reveals a different perspective, but echoes the same chorus of emotions: fear, anger, uncertainty. Sadness. Resilience in the face of incomprehensible loss.

Analysis of the Book

This work explores both the physical and psychological effects of fighting an invisible enemy, and in doing so, reveals much about the human psyche. Neither the citizens evacuated from the fallout zone nor the soldiers sent in to clean it up had any concept of the magnitude or type of danger to which they were exposed. Peasant farmers sneaked back inside the perimeter to harvest their crops. Looters gathered and sold contaminated goods on the black market. A father gave the military cap he was wearing during the cleanup efforts to his toddler son. Contaminated meat was butchered and distributed across the nation. Often the effects of this silent deadly enemy did not begin to show until months and years later, engendering fear and distrust — which, together with their ignorance about the effects of radiation, provided a social environment perfect for creating myths. The author, who would have been in her late 30s at the time the Chernobyl incident occurred, explores some of these myths through the eyes of her storytellers and gives you the sense that she has heard variations of these stories before from her own friends and family.

Application to Clinical and Academic Medicine

Oral histories are messy and nonlinear inherently because that is how our human memories work. This recounting of Chernobyl is therefore a challenging book for anyone. But is it also a reminder of how our patients present to the clinical setting as well. Our patients do not live in isolation and their health is affected by their social and environmental factors. Being a physician requires understanding and valuing the challenges that our patients provide and connecting with them at an emotional level. In particular, the non-medical descriptions of the challenges of infertility, children born with severe congenital abnormalities, and acute radiation poisoning reminds us of why we sought to be medical practitioners.

Voices of Chernobyl is a compelling read exploring the power of love, the devastation of loss, and the resilience of an entire people. It illustrates how an entire generation can come to be defined by a single event — a people with different ethnicities, countries of origin, backgrounds, and professions — all now call themselves Chernobylites. This work reflects the indomitable spirit of the victims of this tragedy, and many of the voices you hear while reading this book will move you to tears.

* Disclaimer: We have no affiliations financial or otherwise with the authors, references or hyperlinks listed, the books, or Amazon. 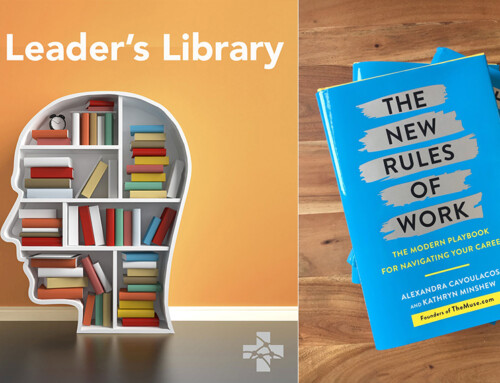 The Leader’s Library: New Rules of Work | Sign up to join the book club Gallery

The Leader’s Library: New Rules of Work | Sign up to join the book club 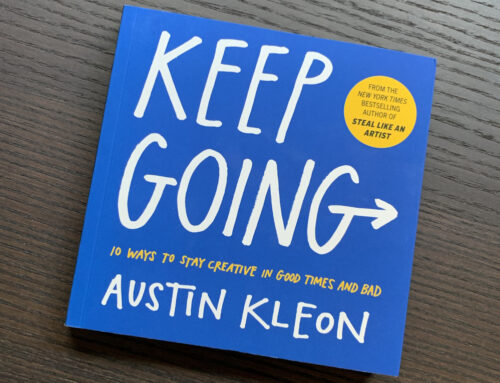 The Leader’s Library: Keep Going | Sign up to join the book club discussion