Twitter plays a central role in the continuing medical education for many current and future Emergency Medicine physicians. While there are hundreds of active self-identified EM physicians on Twitter (and perhaps thousands more non-self-identified EM doctors, doctors from other specialties, and students with an interest in the field), Twitter-using EM docs are still the exception, not the rule (Lulic I, Kovic I. Emerg Med J, 2013). Despite the many reasons that an EM doctor can benefit from being on Twitter (my slides from recent SUNY Downstate conference), convincing “would-be’s” to sign up for Twitter accounts frequently presents challenges. Here are some suggestions for bringing new voices to the Free Open Access Medical Education (#FOAMed) conversation happening 24-7 on Twitter.

Twitter participation in EM and medicine is growing rapidly

In 2011, just 31 active Twitter accounts referred to the Society for Academic Emergency Medicine conference’s national conference in the United States (#SAEM11).1 In 2012, Twitter use had grown such that at the International Conference on Emergency Medicine (#ICEM12), 66%* of conference-related tweets related came from non-attendees all over the world.2 By 2013, hundreds of active Twitter accounts tweeted about the Social Media and Critical Care Conference in Sydney (#SMACC13) with millions of Twitter “impressions”. As our ALiEM editor-in-chief Michelle Lin has said, Twitter is the global “watercooler” for Emergency Medicine, providing links to great content and providing a milieu for conversations and debates about hot topics. But we still need more voices to expand the collective knowledge base of the conversation, to increase niche expertise representation, and to provide even more inspiration for continuing adult learning online. 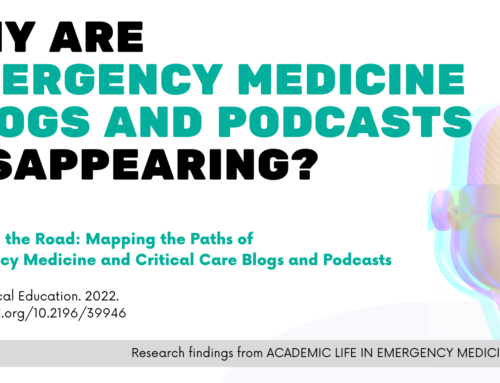 The Fall of FOAM Gallery

The Fall of FOAM 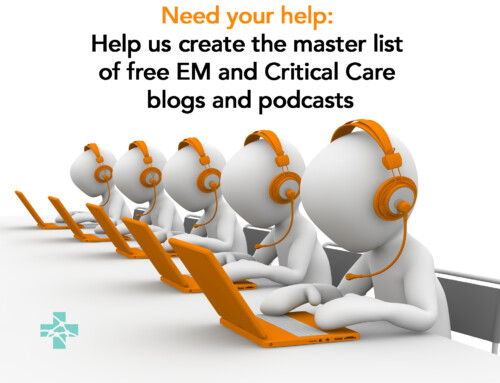 Need your help: A master list of free EM and Critical Care blog and podcast sites 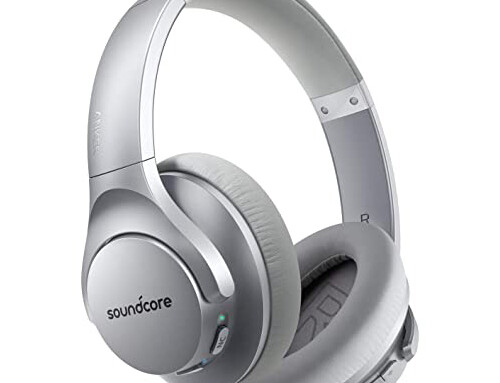