Case Presentation: A 37 y/o woman presents to the ED with altered mental status. The vital signs are within normal limits. The history is provided by a friend who states that the patient was normal 2 hours ago when they were together. When she returned home, she found the patient in this state next to an empty bottle of acetaminophen (APAP) and 5 empty beer cans. A recent loss in the family has led to some depression in the last few weeks. A battery of labs are sent off including a ‘tox panel’ consisting of serum EtOH, salicylate, and APAP levels. The presumed time of ingestion is 2 hours prior to presentation.

The Rumack-Matthew nomogram starts at 4 hours after an acute ingestion. We commonly order a host of labs as soon as the patient is examined. So, what do we do with an APAP concentration drawn before 4 hours since the ingestion?

Presented only in abstract form, this study reported on a retrospective analysis. The authors analyzed APAP concentrations from patients presenting within 4 hours of ingestion. They reported a NPV of:

Overall, using the data from their table, APAP concentrations less than 100 mcg/mL drawn between 1 and 4 hours after ingestion had a NPV of 94.6%. Similar to Study 1 above, there were still patients with potentially toxic levels after 4 hours that would have been missed and possibly needed antidotal therapy.

A letter-to-the editor was published in response to this study.3 In it, the authors describe a case in which a 16 year old ingested a large amount of acetaminophen with an undetectable level 75 minutes post-ingestion (time of ingestion reportedly corroborated by parents). However, this new case potentially has a few issues that may limit its applicability. First, it seems unlikely that a 75-minute post-ingestion level was undetectable after a massive overdose. The kinetics of acetaminophen after overdose are well-studied since the 1970’s. At least some is absorbed very quickly, which would produce a measurable serum concentration. Second, the authors describe the presentation as “persistent nausea and vomiting.” Why is the patient vomiting with an undetectable level if the timing is accurate? Third, cases published in letters-to-the-editor format typically do not undergo the same level of peer-review (if any) to which full case reports are generally subjected. Importantly, the authors raise a fair point: The Yamera data, by itself, does not meet the statistical rigor to definitively state that an undetectable level does not require repeating. Looking at all of the available data, though, tells a different story. There has been loads of data looking at acetaminophen levels dating back to the 1960s and 1970s. Kinetically speaking, it is highly improbable (I won’t say impossible) for a patient to have an undetectable level more than an hour after ingestion. There has never been a case reported (even within other studies) of a patient with a negative level after 1 hour who goes on to develop a toxic level at 4 hours (or later). Given all of the data and experience to date PLUS Froberg and Yamera PLUS no cases ever published going against the practice, the statistical analysis would include many more patients and be at an acceptable level for close to zero risk, improving the sensitivity, negative predictive value, and narrowing the confidence interval.

That all being said: Caution is always advised when determining times of ingestion and if there is any doubt, a repeat level should always be obtained.

When we order an APAP level prior to 4 hours post-ingestion, how often are we ordering a follow-up level at 4 hours?

The answer is not often.4 Of 520 acute APAP exposure cases presenting < 4 hours post-ingestion, 323 had a pre-4-hour APAP concentration measured. Only 59% had an APAP level drawn again at 4 hours. The good news is that overall, 87% of patients who had a pre-4-hour APAP level had a second level drawn before 8 hours (the end of the optimal time window in which acetylcysteine should be started).

The downside of drawing levels too early is that patients with a known pre-4-hour APAP concentration were more likely to be treated with acetylcysteine (29% vs. 17%) and less likely to be treated based on the Rumack-Matthew nomogram (72% vs. 97%). The authors concluded that pre-4-hour APAP concentrations cannot be used to determine the need for acetylcysteine therapy and are associated with an increased likelihood of not obtaining optimally timed acetaminophen concentrations and acetylcysteine management not based on the proper application of the Rumack-Matthew nomogram.

As a general point of clarification on timing of APAP levels, the 4-hour level is defined as 4 hours from ingestion and not 4 hours from the first level. Levels drawn after 4 hours are ok as long as it is <8 hours following ingestion, and it is plotted properly on the nomogram.

There wasn’t a lot of data on this topic, that is until the latest study in 2016. Dr. Rumack’s group has provided a more definitive answer, and it confirms the previous conclusions drawn by this ALiEM post. Their study had 8 times more patients than the previously studied cohort.

In an editorial accompanying the Froberg paper, toxicologist Dr. Sean Rhyee discusses a few limitations of the findings.5 First, the broad inclusion criteria do not account for coingestants that may affect GI motility (e.g., diphenhydramine and opioids). Second, the inclusion criteria do not account for use of GI decontamination such as activated charcoal which can also affect absorption. It is not known how often activated charcoal is administered in today’s practice.

Note on timing of APAP levels: The 4-hour level is defined as 4 hours from ingestion and not 4 hours from the first level. Levels drawn after 4 hours are ok long as it is less than 8 hours following ingestion and it is plotted properly on the nomogram.

The 2-hour APAP level was 80 mcg/mL and antidotal therapy was initiated. A repeat level at 5 hours post-ingestion was only 34 mcg/mL, well below the treatment line on the Rumack-Matthew nomogram. The patient unfortunately suffered an anaphylactoid reaction to the acetylcysteine infusion that resolved with diphenhydramine. Once the repeat level was resulted, antidotal therapy was discontinued. This is an example of a patient treated unnecessarily based on a pre-4-hour APAP concentration.

Much thanks to Matt Zuckerman, MD and Lewis Nelson, MD for reviewing this post and providing expert peer-review. 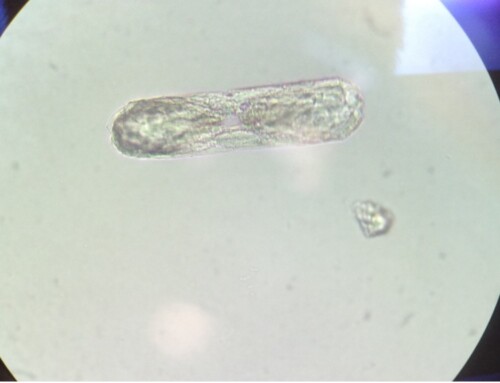